Needham analyst Chad Messer came out with commentary on ISIS Pharmaceuticals, Inc. (NASDAQ:ISIS) following recent updates from two ongoing Phase II studies with ISIS-SMNRx, a drug to treat Spinal Muscular Atrophy (SMA). Messer reiterated a Buy rating on the stock and boosted the price target from $88 to $91, which implies an upside of 40.8% from current levels.

Messer commented, “We remain impressed with the efficacy of these studies and believe investors do not fully appreciate their significance. Specifically, investors may be confused about how sick Spinal Muscular Atrophy (SMA) patients are. The sickest Type I SMA infants have a life expectancy of 10.5 mo vs 16.7 mo (and counting) in an ongoing Phase II trial.”

“Importantly, ISIS-SMNRx has corroborated these survival improvements with meaningful functional improvements in CHOP INTEND in infants and HFMSE in children. Phase III studies are well underway but we reiterate our belief that the efficacy demonstrated so far by ISIS-SMNRx already exceeds what is necessary for approval in a deadly pediatric orphan indication.”, the analyst continued. 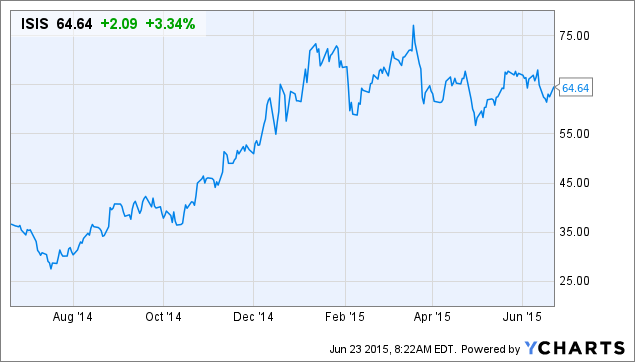