In a research report released today, Canaccord analyst Mark Massaro reiterated coverage with a “Buy” rating on Nanosphere, Inc. (NSPH) and a price target of $5.00 following FDA approval for the bacterial portions of NSPH’s Enteric Pathogens Panel test. However, Massaro sees the news as mixed since the company also announced it will soon submit the 2 viral targets to the FDA and targets FDA approval of the full panel as early as later this summer (later than his expectations). However, upon launch of the full panel, he expects good traction from Enteric.

“Although we think EP will compete well upon FDA approval of the full panel, we are mixed on the news as we think that a good number of its ~200+ customers may wait to begin validating the EP panel until the company obtains FDA approval of the full panel. The good news is the company has embedded zero revenue in its guidance from EP this year, consistent with our model”, said Massaro.

According to TipRanks, which measures analysts and bloggers success rate based on how their calls perform, analyst Mark Massaro currently has a one-year average return of 9% and a 100% success rate. He is ranked #1993 out of 3126 analysts. 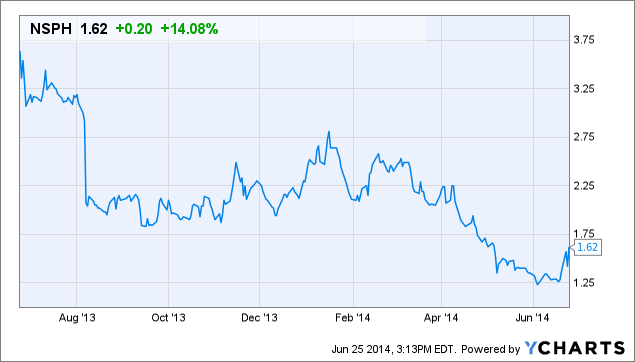