In a research report released Tuesday, Oppenheimer analyst Shaul Eyal reiterated an Outperform rating on Microsoft (NASDAQ:MSFT) with a $50 price target, following the company’s fiscal second-quarter results, which surpassed the Street’s expectations on the top-line but was in-line on the bottom ($26.2B/$0.71).

Eyal wrote, “MSFT’s Commercial Cloud business grew 114% YoY driven by Office 365, Azure, and Dynamics CRM. However, it wasn’t a clean quarter due to declines in PCs following the XP refresh cycle and weakness in Japan and China. Additionally, MSFT announced its intent to complete its $40B repurchase plan by December 31st, 2016. F3Q15 guidance is weighed down by current FX pressure which poses a 4 pt. headwind, even impacting MSFT’s high momentum businesses. Despite NT issues, we remain positive.”

The analyst concluded, “We believe that MSFT continues marching down the correct path leveraging business momentum. While NT headwinds will create some weakness, we would add to positions as a firm base and clear direction is the tune of the “new” MSFT.” 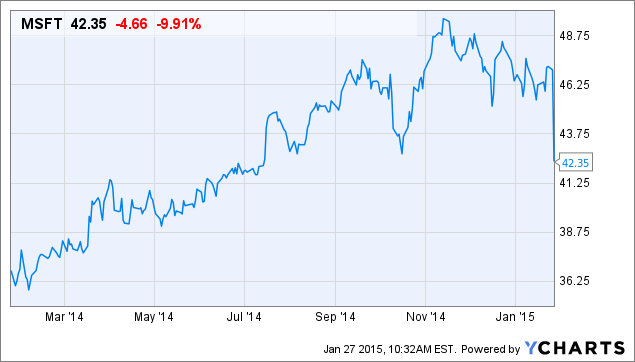