MLV analyst Chad Mabry came out with a research note on Goodrich Petroleum Corporation (NYSE:GDP), reducing the price target to $5 (from $7), while maintaining a Buy rating. The report follows the news that the company has closed its previously announced public offering of 12 million shares at $4.15 per share. Shares of Goodrich Petroleum closed yesterday at $3.01, up $0.03 or 1.01 percent.

Mabry noted that times are getting desperate for Goodrich Petroleum, as the company is doing its best to ensure its survival through the downturn by announcing a new Second Lien and revising its First Lien in order to improve liquidity.

The equity offering represents dilution of 27% and Mabry is “net positive on the transaction” because it “comes at a steep, but necessary, price to shareholders.” He continued, “We’re forecasting a negligible outspend from Q2’15-Q4’15. By our analysis, GDP’s recent transactions provide sufficient liquidity to undertake its capital plans through 2016.” 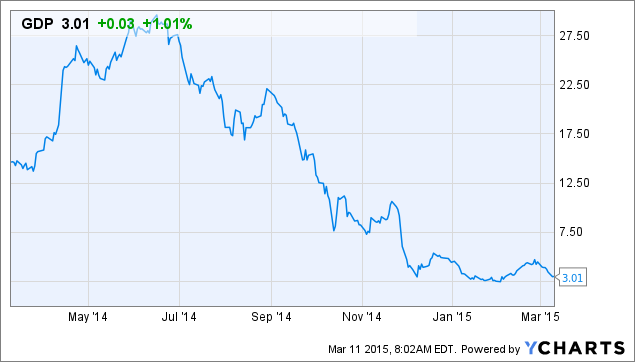