In a research report issued today, MLV analyst George Zavoico maintained a Buy rating on Keryx Biopharmaceuticals (NASDAQ:KERX) and raised his price target to $25 (from $21), which implies an upside of 91% from current levels.

Zavoico explained, “We are raising our price target for Keryx based on an increasing likelihood of Auryxia’s approval for NDD-CKD patients in the U.S., and Auryxia’s successful market launch for dialysis patients marked by the first shipments of Auryxia™ (ferric citrate) to wholesalers late last year. We revised our projections to include approval and sales of Auryxia in the U.S. and sales royalty in the E.U. and Japan.”

The analyst continued, “With Auryxia’s U.S. launch in December, Keryx will be recognizing revenue on a sell-through basis (as prescriptions are filled) for the first 12 months that we project as a modest ramp up in 2015. As the clinical advantages of Auryxia over other phosphate binders become more widely known and prescription growth patterns emerge, we project more rapid revenue growth in 2016 and beyond (at which time sales to distributors will be recognized).”

According to TipRanks.com, which measures analysts’ and bloggers’ success rate based on how their calls perform, analyst George Zavoico has a total average return of 15.0% and a 63.2% success rate. Zavoico is ranked #389 out of 3429 analysts. 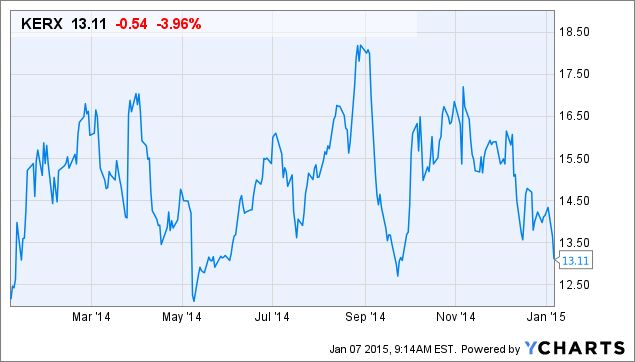