MLV Remains Positive on Neuralstem, Inc. Ahead of Phase II Trial Initiations of NSI-566 and NSI-189

MLV analyst Raghuram Selvaraju came out with a research report today on Neuralstem, Inc. (NYSE MKT:CUR) in anticipation of several upcoming clinical catalysts for the company. Two of these catalysts include the initiation of Phase II trials with both NSI-566, human spinal cord stem cells for the treatment of ALS, and NSI-189, an experimental drug for the treatment of major depressive disorder. The analyst reiterated a Buy rating on with a price target of $6.00, which implies an upside of 197% from current levels.

Selvaraju observed that, although the data is in a comparatively early stage, it represents encouraging proof-of-concept evidence that Neuralstem’s proprietary neural stem cell (NSC)-based platform may in face have therapeutic activity in Alzheimer’s Disease. The analyst also commented that if the data (which will be released next year) from the NSI-189 trial is positive, it could catalyze a transformative partnership or acquisition of the company. 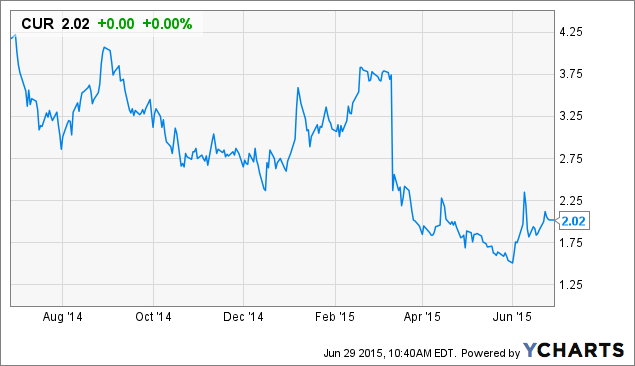