MLV analyst Richard Eckert weighed in today with his views on Northstar Realty Finance Corp (NYSE:NRF), after the company completed a public offering of 12 million shares of common stock early this month. The analyst reduced the price target to $21.25 (from $21.50), while reiterating a Buy rating on the stock.

Eckert noted, “We have lowered both our PT and 2015 CAD/Share estimates to reflect the 60mm additional shares we expect to be issued in conjunction with this month’s public offering and forward sales agreement. However, our new PT and dividend expectations still represent a total return potential of 24% (15% upside+9% projected yield) from the levels at which NRF trades. And that 24% does not fully consider the value creation potential associated with the proposed spin-off of NorthStar Realty Europe (NRE) into a separate, publicly traded REIT. We need look no further than the spin-off of NFR’s manager, NorthStar Asset Mgmt (NSAM– $24.27–Hold) on 7/1/2014 for precedent.” 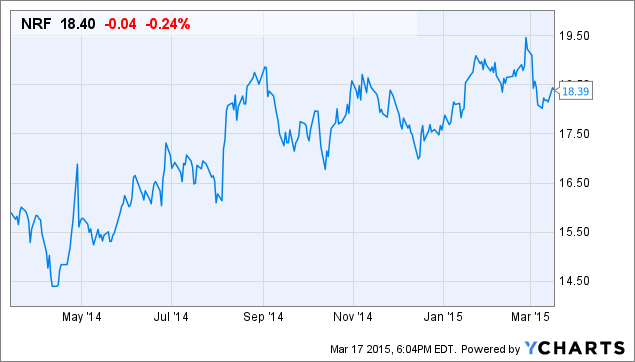