MLV analyst Adam Fackler weighed in today with his views on Linn Energy LLC (NASDAQ:LINE), following the company’s earnings release for the fourth-quarter. LINE reported DCFPU of $0.44/unit, in line with MLV’s estimate and guidance. Q4 production of 1,358 MMcfe/d was roughly in line with MLV’s forecast and within guidance. The analyst maintained a Hold rating on the stock, without suggesting a price target.

Fackler noted, “In 2014, we were admittedly impressed with LINE’s portfolio restructuring but were concerned by the partnership’s distribution security. While its revised distribution appears safe through 2016 in the current commodity-price environment, we are maintaining our Hold rating as units appear appropriately valued. Factors that could provide increased visibility into future distribution growth and cause us to reassess our rating include (1) the successful completion of LINE’s DrillCo or AcquisitionCo partnerships, (2) accretive M&A activity, (3) demonstrated cost savings, and (4) an improved commodity-price environment.”

Furthermore, “LINE expects to be able to fund oil and gas expenditures and its distribution from internally generated cash flow. Assuming it reaches its targeted cost savings, LINE could operate within cash flow for the year while funding the entire $600 million capital budget (includes $80 million of midstream). For 2015, we are forecasting negative ~$80 million in cash flow.”

According to TipRanks.com, which measures analysts’ and bloggers’ success rate based on how their calls perform, analyst Adam Fackler has a total average return of -15.6% and a 50.0% success rate. Fackler is ranked #3212 out of 3479 analysts. 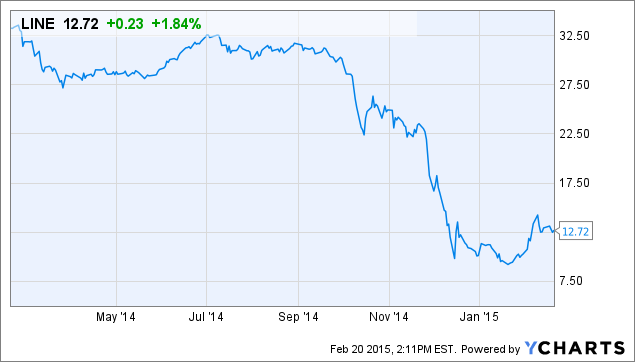