In a research report released Tuesday, MLV analyst Adam Fackler reiterated a Hold rating on Linn Energy (NASDAQ:LINE), as the company announced a 57% reduction in its distribution to $1.25/unit (from $2.90/ unit) on an annualized basis. No price target was provided.

The analyst concluded, “In 2014, we were admittedly impressed with LINE’s portfolio restructuring but were concerned by the partnership’s distribution security. While its revised distribution appears safe through 2016 in the current commodity price environment, we are maintaining our Hold rating as units appear appropriately valued based on the lower distribution. We plan to reassess our rating as transactions and/or higher commodity prices provide increased visibility into future distribution growth.”

According to TipRanks.com, which measures analysts’ and bloggers’ success rate based on how their calls perform, analyst Adam Fackler has a total average return of -33.2% and a 25.0% success rate. Fackler is ranked #3265 out of 3429 analysts. 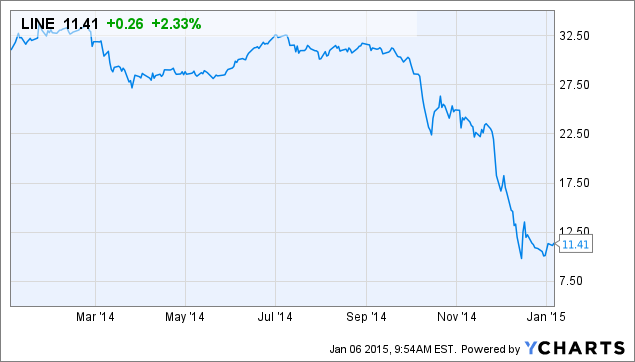