In a research note issued this morning, MLV analyst Arlinda Lee reiterated a Buy rating on Synta Pharmaceuticals Corp. (NASDAQ:SNTA) with a $6.50 price target, after the company reported fourth-quarter results and held a conference call yesterday morning to provide a corporate update.

Lee noted, “We think first interim analysis from the Phase 3 GALAXY-2 trial of docetaxel +/- ganetespib in 2nd-line non-small cell lung cancer (NSCLC) in 2H15 will be Synta’s most impactful catalyst this year. Given the encouraging Phase 2 GALAXY-1 final dataset, we are cautiously optimistic for a positive interim readout.”

Furthermore, “Synta reported ending 4Q14 with $97.7 million in cash and equivalents, which it expects is sufficient through year-end 2015. To focus on ganetespib development, Synta announced a 20% head-count reduction primarily in early discovery personnel to reduce its annual cash use by about $3 million.”

According to TipRanks.com, which measures analysts’ and bloggers’ success rate based on how their calls perform, analyst Arlinda Lee has a total average return of 7.1% and a 64.7% success rate. Lee is ranked #1070 out of 3511 analysts. 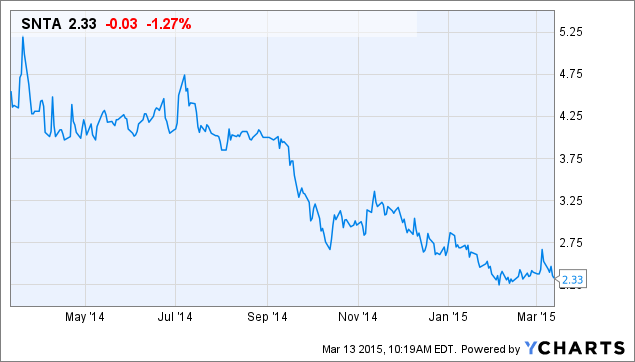