In a research report issued today, MLV analyst Carter Driscoll reiterated a Buy rating on Quantum Fuel (NASDAQ:QTWW) with a price target of $5.50, which represents a potential upside of 33% from where the stock is currently trading.

Driscoll noted, “As we highlighted what could potentially occur in our initiation of coverage report, Quantum Technologies entered into a license agreement with Fisker Automotive and Technologies Group LLC to provide plug-in hybrid control software to support the re-launch of the Fisker Karma vehicle. Under the agreement, Fisker will pay QTWW $2.0M by 11/27/14 and another $2.0M by 10/27/15. The second payment will trigger a license for Fisker to use the software for its planned launch of another vehicle called the Atlantic. Finally,the agreement gives Fisker the option to acquire joint-ownership of the control software for the Karma, Atlantic and any future platforms for an undisclosed amount on or before 10/27/16. While not unexpected, we view the agreement positively as it demonstrates QTWW’s technologies and intellectual property (IP) are applicable to other alternative-fueled vehicles besides natural.” 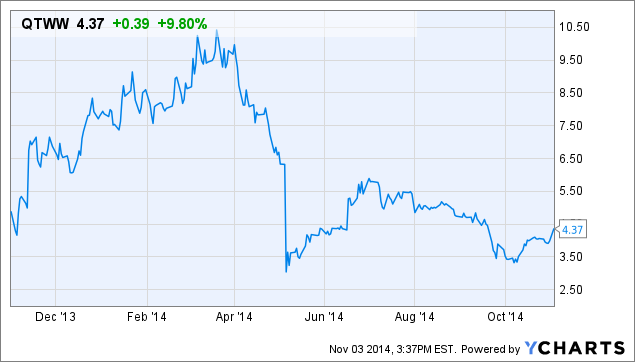