MLV’s healthcare analyst Thomas Yip weighed in today with a few insights on OXiGENE Inc (NASDAQ:OXGN), after the company announced the basic design of an upcoming Phase III trial of fosbretabulin in combination with bevacizumab for the treatment of platinum-resistant ovarian cancer, following the company’s discussions with the FDA recently. The analyst also reiterated a Buy rating on OXiGENE shares with a $6.50 price target, which implies an upside of 333% from current levels.

Yip noted, “We think this preliminary agreement regarding the trial’s design is an important victory for OXiGENE, as the combination of fosbretabulin and bevacizumab has already shown statistically significant PFS improvement over bevacizumab alone in the Phase II GOG186I trial several months ago.”

“OXiGENE is in the process of finalizing the Phase III trial’s protocol in the coming months and will then submit a Special Protocol Assessment (SPA) application to the FDA by yearend. Therefore, we think the trial could begin enrollment by late 2015 or early 2016.”, the analyst added.

According to TipRanks.com, which measures analysts’ and bloggers’ success rate based on how their calls perform, analyst Thomas Yip has a total average return of 5.5% and a 58.3% success rate. Yip has a 5.5% average return when recommending OXGN, and is ranked #1769 out of 3610 analysts. 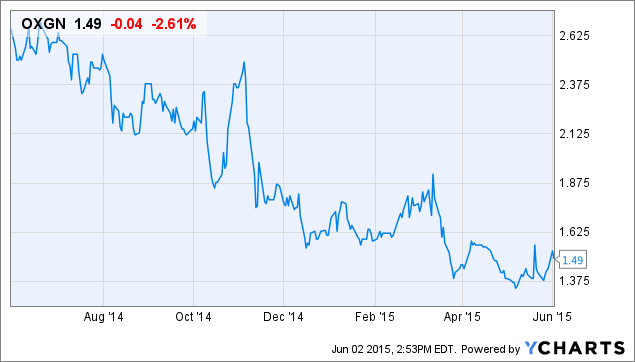