In a research report issued today, MLV analyst Raghuram Selvaraju reiterated a Buy rating on Omeros Corporation (NASDAQ:OMER) with a price target of $38, after the company reported fourth-quarter financial results and held a conference call yesterday to provide a corporate update.

Selvaraju noted, “The firm’s loss per share was $0.61, in-line with our estimate. Omeros guided towards $110MM – $120MM in operating expenses for 2015, with $15MM in non-cash expenses. In anticipation of the near-term launch of Omidria™ in the U.S. and additional value-driving catalysts accruing rapidly thereafter, we reiterate our BUY rating.”

Furthermore, “Omeros is likely to officially launch Omidria™ imminently; we project sales revenue starting in 2Q:15. We are projecting about $4.6MM of U.S. Omidria™ gross sales in 2015, eventually reaching over $860MM by 2028. We believe that the EMA will approve Omidria™ for the same indication in the E.U. in mid-2015.”

According to TipRanks.com, which measures analysts’ and bloggers’ success rate based on how their calls perform, analyst Raghuram Selvaraju has a total average return of 12.1% and a 51.3% success rate. Selvaraju is ranked #348 out of 3516 analysts. 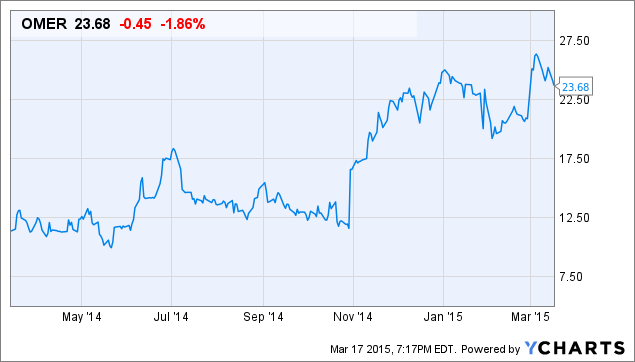