In a research note released today, MLV analyst George Zavoico reiterated a Buy rating on Novax (NASDAQ:NVAX) with a $14 price target, following the company’s presentation of new post-hoc clinical data from its first Phase II trial of its RSV F protein nanoparticle vaccine in women of child-bearing age at the 8th Vaccine & International Society for Vaccines (ISV) Congress in Philadelphia.

Zavoico wrote, “Yesterday, at the 8th Vaccine & International Society for Vaccines (ISV) Congress in Philadelphia, PA, Novavax presented new post-hoc clinical data from its first Phase II trial of its RSV F protein nanoparticle vaccine in women of child-bearing age. This trial delivered positive results in April 2013, meeting its primary endpoint of safety and immunogenicity with the generation of high titers of anti-RSV F protein antibodies. The new, post-hoc results show that the vaccine also reduced the RSV infection rate during the subsequent RSV season, measured by the presence of RSV in the sera, by 50%. In our view, the new post-hoc results adds to our confidence that Novavax’s RSV F protein vaccine will prevent infection by RSV, as well as the incidence and severity of lower respiratory tract disease in women and their newborn children.”

The analyst continued, “While we do not expect complete protection from RSV infection, we do expect a clinically meaningful reduction in infection rate and severity of respiratory disease. This will be required as proof of efficacy in a subsequent Phase III trial for Novavax to obtain FDA approval for its RSV F protein vaccine. We note, as a comparison, results of a Phase III trial of Merck & Co., Inc.’s (NYSE:MRK; not covered) FDA approved and marketed rotavirus vaccine (RotaTeq®). In this efficacy trial, RotaTeq reduced the incidence of gastroenteritis due to rotavirus of any severity by 48-83% (depending on serotype) versus placebo. More importantly, RotaTeq reduced the incidence of severe gastroenteritis by 98%. Thus, complete prevention of infection by rotavirus was not required for FDA approval.” 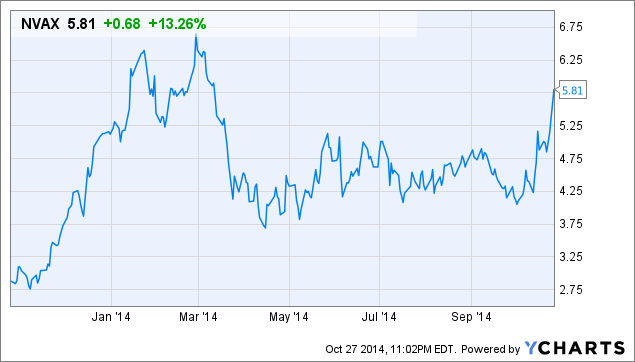