In a research note issued today, analyst Vernon Bernardino of MLV reiterated a Buy rating on BioCryst Pharmaceuticals (NASDAQ:BCRX) with a price target of $15, following today’s news that the comapny recieved FDA approval for Rapivab as a single-dose, intravenous first neuraminidase inhibitor (NAI) therapy for the treatment of acute uncomplicated influenza (AUI) in patients 18 yrs and older who have been symptomatic for no more than two days.

Bernardino wrote, “We had expected an approval decision on or before the Dec. 23 PDUFA decision date, and thus, the news comes as expected. We modeled BCRX receiving a $175MM stockpiling order (worth $3/sh) in 2015 from BARDA, the US Biomedical Advanced Research and Development Authority, which helped develop Rapivab under a $235MM grant.”

The analyst contineud, “As Rapivab also has potential for use in the emergency setting, we are taking a look at our 2015 revenue projections, as the flu vaccine approved for the 2014-2015 season appears to be only half effective as projected, particularly for the A H3N2 strain, resulting in a significant increase in recent hospitalizations. Thus, BioCryst could realize Rapivab revenues earlier than we projected.” 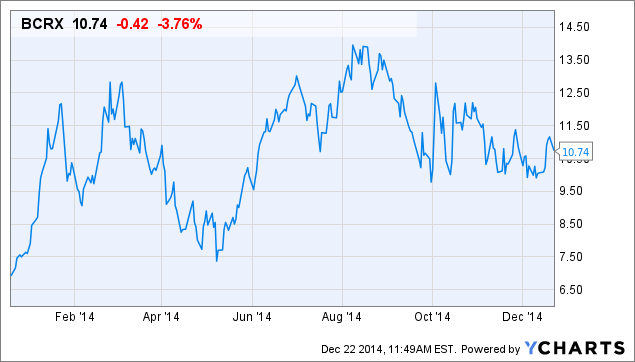