In a research report sent to investors today, MLV analyst George Zavoico reiterated a Buy rating on Agenus (NASDAQ:AGEN) with a $6.00 price target, as the company announced that its partner GlaxoSmithKline (NYSE:GSK) reported that the ZOE-50 Phase 3 study met its primary endpoint.

Zavoico noted, “A 97.2% reduction in the risk of herpes zoster, also called shingles, with GlaxoSmithKline’s shingles candidate vaccine, called HZ/su, in persons 50 years of age and older with a 3-4 year follow up in a pivotal Phase III trial (called ZOE-050) announced this morning is a remarkable result, in our view. There were no safety concerns.”

Furthermore the analyst wrote, “We project a BLA submission by GSK next year, with FDA approval and launch in 2016. Since QS-21 adjuvant is used in the vaccine, Agenus will receive low single-digit royalties on HZ/su sales revenue that we project will reach $750 million by 2025.” 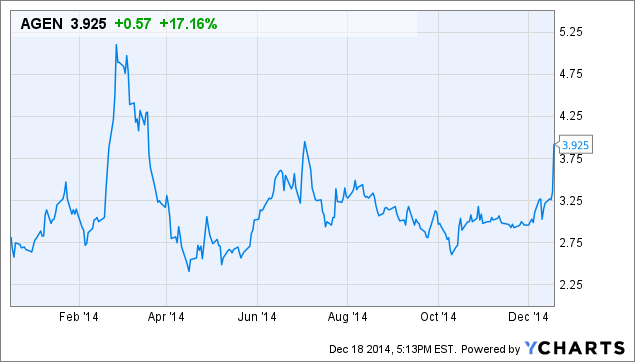