MLV analyst George Zavoico was out pounding the table on Omeros (NASDAQ:OMER) Wednesday, reiterating a Buy rating and a price target of $38.00, which implies an upside of 76% from current levels.

Zavoico noted, “We are raising our one year price target for Omeros Corporation after a thorough analysis of Omeros’ outlook for 2015 and beyond. We increased our previous U.S. market projections for Omidria after Omeros doubled its sales force to 40 sales representatives, and foresee several potential catalysts for Omeros in 2015.”

Furthermore, “We also think Omeros overcame a major financial overhang by raising $84 million in gross proceeds from a public offering earlier this year. With its comfortable cash position, we think Omeros is in a much better position to negotiate partnerships for Omidria’s ex-U.S. markets or for other assets, and is well-prepared for Omidria’s imminent market launch in the U.S.” 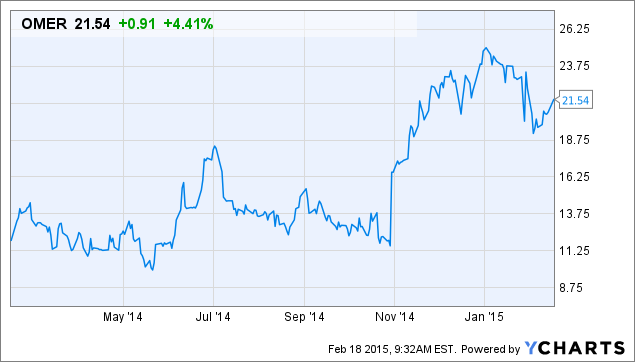