In a research report released today, MLV’s healthcare analyst Vernon Bernardino reiterated a Buy rating on shares of Pluristem Therapeutics Inc (NASDAQ:PSTI), with a $6 price target, after the company announced that the Japan’s Pharmaceuticals and Medical Devices Agency has cleared the Company’s PLX-PAD cells for use in clinical trials in Japan. The company also announced Monday that discussions with the EMA’s Adaptive Pathways Discussion Group about continued development of PLX for CLI were positive and resulted in guidance on the design of an initial phase 2 trial.

Bernardino noted, “While the EMA’s adaptive pathways approach is part of an effort to improve timely access to new medicines, Japan’s APRM, which went into effect in November 2014, is specific for accelerating approval of regenerative medicine therapies upon proof of safety and initial proof of efficacy. Safety clearance is the second of three authorizations required by Japan’s PMDA prior to commencement of a Ph 2 trial. We believe Pluristem continues to be on track for initiation of Ph 2 testing in PLX-PAD in Japan by CYE15, and would be buyers of the stock prior to the final PMDA authorization, which encompasses approval of the Ph 2 clinical trial design (est. CY4Q15).”

“We believe EAPDG’s guidance could expedite regulatory approval of PLX cells, particularly in a patient subgroup with severe CLI. As Pluristem is looking to broaden the potential uses of PLX , we believe advancement of PLX in Ph 2 would be a major catalyst, as PSTI’s goals are in line with guidance, and thus, positive results with PLX in CLI could shorten the time to market in other indications.”

Out of the 4 analysts polled by TipRanks, 3 rate Pluristem Therapeutics stock a Buy, while 1 rates the stock a Hold. With a return potential of 138.6%, the stock’s consensus target price stands at $5.25. 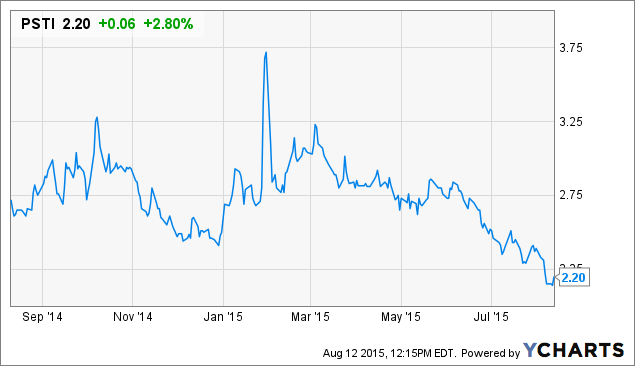 Galena Biopharma Inc (GALE): The Good and The Bad