In a research report issued today, MLV analyst Thomas Yip maintained a Buy rating on Peregrine Pharma (NASDAQ:PPHM) with a price target of $3.50, which represents a potential upside of 141% from where the stock is currently trading. The report comes after the company announced that it will initiate two new trials of bavituximab combinations in non-small cell cancer and metastatic breast cancer by year-end 2015.

Yip noted, “While the decision to expand bavituximab’s development in breast cancer was based on existing clinical data, Peregrine expeditiously announced a new NSCLC trial with an anti-PD-1 checkpoint inhibitor based on an encouraging preclinical dataset that was updated at ASCO. We expect this new round of Phase II trials to generate a steady news flow as we await the first interim data readout from SUNRISE.”

According to TipRanks.com, which measures analysts’ and bloggers’ success rate based on how their calls perform, analyst Thomas Yip has a total average return of 6.5% and a 69.2% success rate. Yip has a 3.2% average return when recommending PPHM, and is ranked #1634 out of 3610 analysts. 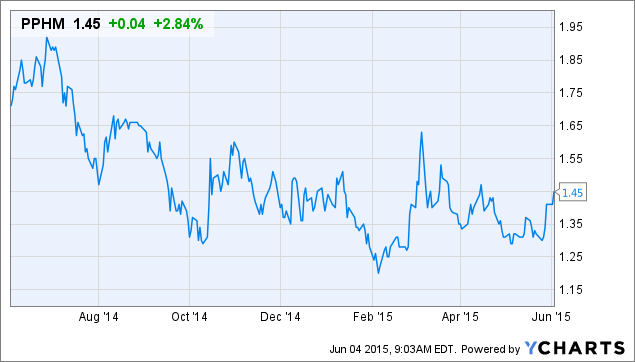