After initiating coverage last week, MLV analyst George Zavoico is out today with his second report on Oxigene (NASDAQ:OXGN), maintaining a Buy rating with a $6.50 price target, as the company announced additional interim results from a Phase II trial of fosbretabulin combined with bevacizumab for the treatment of recurrent ovarian cancer that were presented yesterday at the Biennial Meeting of the International Gynecologic Cancer Society (IGCS) meeting in Melbourne, Australia.

Zavoico noted, “We think the new positive results further validate fosbretabulin’s efficacy as OXiGENE prepares for a pivotal Phase III trial that we project could commence by 1Q:16. We also note that bevacizumab was approved in the E.U. based only on prolongation of mPFS. We reiterate our BUY rating and $6.50 price target and view any weakness in the stock as a buying opportunity.” 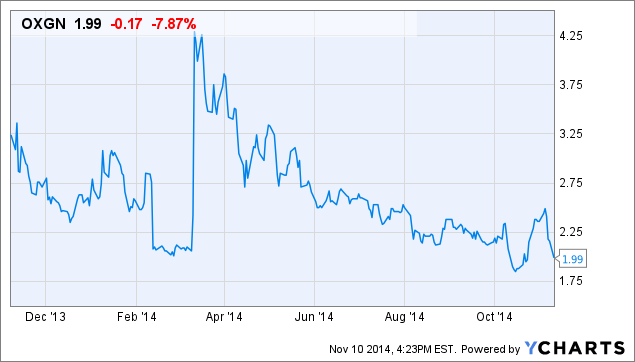