In a research report issued today, MLV analyst George Zavoico maintained a Buy rating on Geron (NASDAQ:GERN) with a price target of $4.25, following the news that the company has entered into a global strategic collaboration agreement with Janssen Biotech to develop and commercialize its telomerase inhibitor, imetelstat, for treating cancer on what we think are very favorable terms.

Zavoico noted, “In our view, this agreement with a major pharma company coming just 10 days after the FDA lifted its clinical hold on imetelstat, serves to validate its potential in treating certain cancers, as shown by promising results of an ongoing Phase II trial in myelofibrosis (MF) to be updated at ASH in December. Moreover, it underscores deficiencies in the safety of JAK2 inhibitors and their inability to effect a durable response. We think imetelstat could supplant JAK2 inhibitors as the front line treatment of choice in MF.” 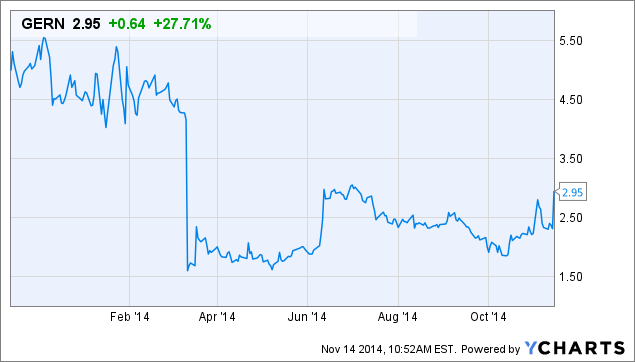 Here’s Why Geron Corporation Shares Jumped Over 25% This Week