The analyst rates the stock a Buy with a $5.00 price target, which represents a potential upside of 86% from where the stock is currently trading.

Mabry noted, “Portfolio high-grading and front-end-loaded capital spending have set the stage for tremendous growth from this Appalachian pure-play in 2015. While liquidity concerns have weighted on the stock of late, such concerns appear unfounded as the company has several levers at its discretion. Significant upcoming catalysts that we expect to enhance liquidity and re-value the stock include a Utica JV and a Eureka IPO. We remain buyers of MHR on what we view to be an undervalued position in the “Hunter Hub” of the Utica/Marcellus.” 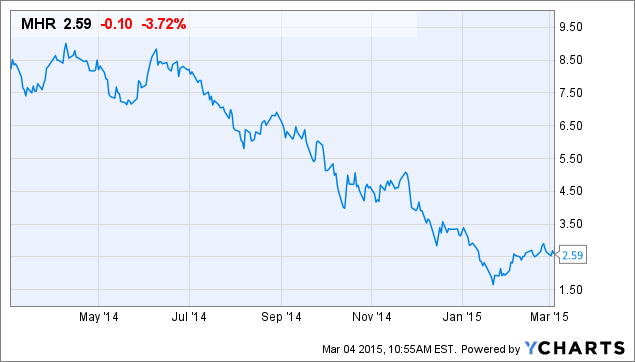