In a research report released Tuesday, MLV analyst Richard Eckert maintained a Buy rating on Northstar Realty Finance (NYSE:NRF) with a $23.50 price target, which represents a potential upside of 28% from where the stock is currently trading.

Eckert commented, “Q314 was nothing less than transformative for NRF. Not only did the company spin off its internal asset manager, but it inked deals that would make it what we deem to be a leading player in some of the most lucrative niches of the commercial real estate (CRE) market. These would include select service hotels and healthcare facilities. Yet NRF shares languished for a good part of September and then almost all of October, They have, however, rebounded in recent weeks. Although the early part of their demise may have rate-related, we believe it may have been attributable to the perception that an early September equity capital raise was dilutive.” 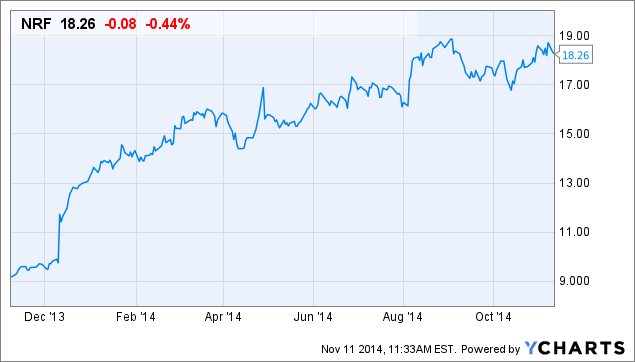