Morgan noted, “Development remains a value-added strength at FRT, continuing the momentum this quarter with today’s announcement that the company is commencing the $250M Phase II at Pike & Rose in DC. For the core, same-store NOI rose 3.3% (+4.4% including redevelopment), while cash rent spreads were +13% (+23% GAAP) — both metrics moderating as expected due to anchor lease transitions in Q3. New FY15 guidance of $5.26-$5.34 is in-line with our estimate and slightly below consensus at $5.33; note for reference, however, that 2014 is poised to beat the high end of initial 2014 guidance issued a year ago.”

According to TipRanks.com, which measures analysts’ and bloggers’ success rate based on how their calls perform, analyst Paul Morgan has a total average return of 12.5% and a 100.0% success rate. Morgan is ranked #1336 out of 3354 analysts. 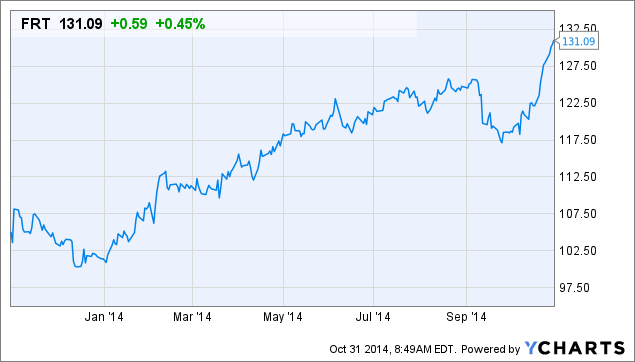