MLV analyst George Zavoico assigned a Buy rating on Compugen (NASDAQ:CGEN) with a price target of $14.00, which represents a potential upside of 86% from where the stock is currently trading.

Zavoico observed, “Compugen had previously guided to the establishment of a second partnering agreement with another pharmaceutical company in 2014. Compugen now intends to further validate some of its immune checkpoint targets and to identify and develop antibody candidates for these targets on its own. The objective is to build more value into its assets before licensing with the intent of establishing higher value partnerships. We think the decision to dedicate more financial resources in advancing the company’s preclinical assets does not represent a major strategic shift, but rather an investment made possible by its strong cash and equivalents holdings of over $107 million at 3Q:14.” 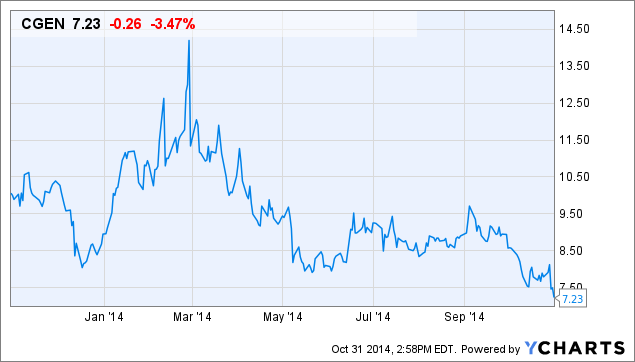