In reaction, MLV analyst Carter Driscoll reiterated a Buy rating on on the stock with a $3.00 price target, which represents a potential upside of 10% from where the stock is currently trading.

Driscoll noted, “We believe these deals continue BLDP’s momentum and help diversify revenue. So in addition to today’s deals, in 2015 the company has (1) won a U.S. bus award to supply modules for 10 buses; (2) extended its Volkswagen contract by 2 years and sold automotive IP for $50M; (3) through partner Van Hool is likely to supply modules for 21 buses for deployment in the E.U.”

Furthermore, “We expect to receive more clarity on the potential impact of the new contracts when BLDP reports 4Q14 results on Thursday, February 26th. We believe a fairly weak quarter is already priced into the shares. However, contracts such as the ones announced today, the recent bus awards and the Volkswagen deal from a couple of weeks ago position the company for steady revenue growth and a path to EBITDA breakeven over the course of 2015.” 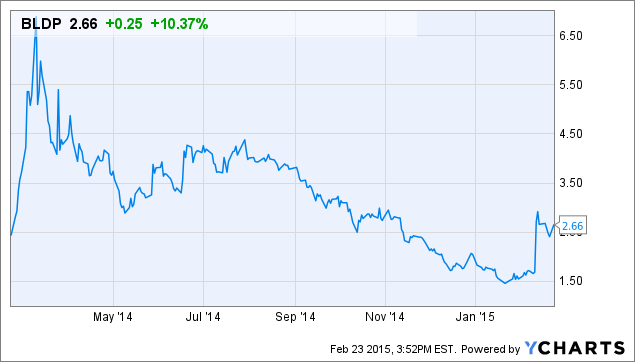