MKM Partners analyst David Trone weighed in with some comments on Goldman Sachs Group Inc (NYSE:GS) after the company achieved its price target. Trone reiterated a Buy rating on the stock, and raised the price target from $213 to $245. Shares of GS are currently trading at $211.96, down $1.10, or -0.52%.

Trone commented, “GS shares have been on the move, up roughly 16% over the past three months. That said, we continue to believe Goldman is a leading franchise and innovator that has continually shown an ability to generate returns near the higher end of its bulge-bracket peers.” 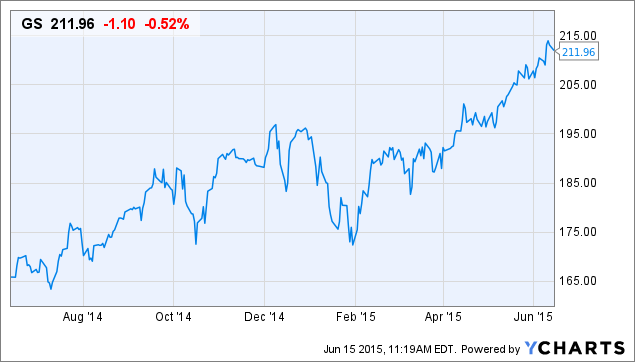