Maxwell Technologies: We May Have Been An Inning Or Two Too Early, Says Roth Capital

Shen commented: “Earlier this week, we wrote about an attractive risk/reward for MXWL developing. We may have been an inning or two too early as the stock will likely be down on the weak Q3 guide. We, however, are looking for the negative sentiment cycle to bottom out over the near term, at which time we would accumulate shares. Consensus thinking is bearish, Q3 and Q4 numbers will likely be beatable, and we see more upside catalysts (better bus volumes vs. ultra low, reset bus expectations, an auto win, Corning partnership, truck fleet win, etc.) than downside catalysts (potential capital raise, though if it happens, it will likely be tied to materially higher bus volumes requiring greater working capital). We believe many of the downside risks (competitors gaining share in bus OEMs, reduced ultracap content in bus, ongoing local Chinese government budget constraints) are already in the stock, while the upside catalysts may take two to six months to play out”. 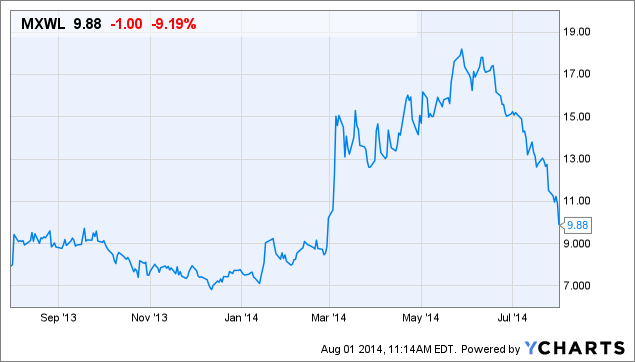