Maxim Group analyst Jason Kolbert came out today with an update on IsoRay, Inc. (NYSE MKT:ISR), after the company released it’s fiscal second-quarter results this morning. The analyst rates the stock a Buy with a $5 price target, which implies an upside of 252% from current levels.

Furthermore the analyst wrote, “A third peer-reviewed publication supporting the use and success of Cesium-131 for prostate cancer was recently released. This follows on the heels of two other publications reporting significant success in treating metastatic brain cancers and gynecological cancers. The most recent report, by the University of Pittsburg Medical Center (UPMC), covers a 9 year effort to date on using Cesium-131 for the treatment of low and intermediate prostate cancer.The conclusion was: Cesium-131 seed brachytherapy offers extremely high efficacy compared to other isotopes or treatment modalities used in treating prostate cancer, with the advantage of rapid return to pre-treatment urinary function and at lower cost. We see these peer reviewed publications as a critical part of the strategy to drive adoption, hospital by hospital and KOL by KOL.” 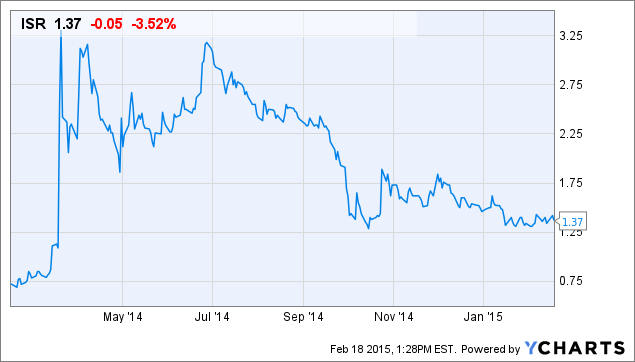