Maxim’s healthcare analyst Jason Kolbert weighed in today with an optimistic view on OncoSec Medical Inc (NASDAQ:ONCS), after the company announced positive results from a Phase II trial of its ImmunoPulse IL-12 plasmid-based therapy in patients with Merkel cell carcinoma (MCC). However, OncoSec shares were under pressure today as part of the biotech selloff, dropping 14.12% to $5.78.

Kolbert noted, “IL-12 Immunopulse upregulation of IL-12 in the tumor itself may be the key to “unmasking” tumors to T-cell attack, potentially further enhanced by increased susceptibility to checkpoint inhibitors like anti-PD-1 monoclonal antibodies. Oncosec’s approach may be applicable to many tumor types, particularly those with a high incidence of anti-PD-1/PDL-1 nonresponders. The two trials may yield important clues as the role if IL-12 in the immunological ballet that occurs with tumor cells.”

Kolbert rates OncoSec Medical shares a Buy, with a price target of $17, which implies an upside of 194% from current levels.

The 2 analysts polled by TipRanks rate OncoSec Medical stock a Buy. With a return potential of 263%, the stock’s consensus target price stands at $21. 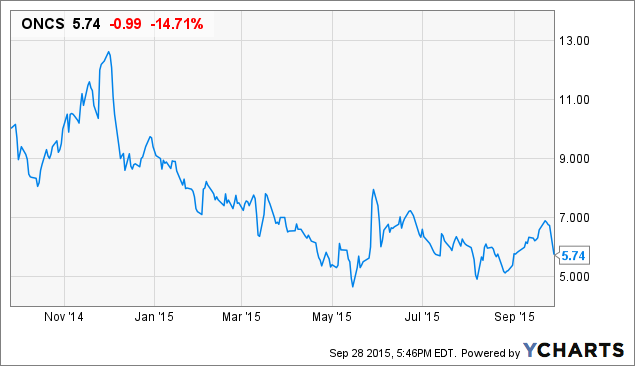