Maxim analyst Jason McCarthy came out with a brief commentary on Inovio Pharmaceuticals Inc (NASDAQ:INO), after the company announced yesterday that the US Defense Advanced Research Projects Agency (DARPA) has exercised its option to provide an additional $24 million to support the Inovio-led international consortium to develop novel therapeutics for Ebola.

McCarthy wrote, “DARPA exercising its option to add an additional $24M to fund the ongoing efforts by Inovio and the company’s collaborators (mentioned above), showing that the agency is getting behind DNA-based antibodies and DNA-based vaccines for infectious diseases. The original grant was for the study of influenza, Pseudomonas aeruginosa, and Staphylococcus aureus.”

“Inovio continues to bring in additional non-dilutive funding which offsets operating expenses. While the company is developing multiple DNAbased vaccines for infectious diseases and oncology, it is also developing a portfolio of dMAbs against infectious diseases including ebola, dengue, influenza and drug-resistant bacteria. The dMAb platform could also expand to include checkpoint inhibitors, which could preclude the need to partner for combination studies. The $24M option is factored into our model,” the analyst added.

McCarthy rates Inovio Pharmaceuticals shares a Buy, with a price target of $23, which implies an upside of 223% from current levels.

All the 6 analysts polled by TipRanks rate Inovio stock a Buy. With a return potential of 175%, the stock’s consensus target price stands at $19.60. 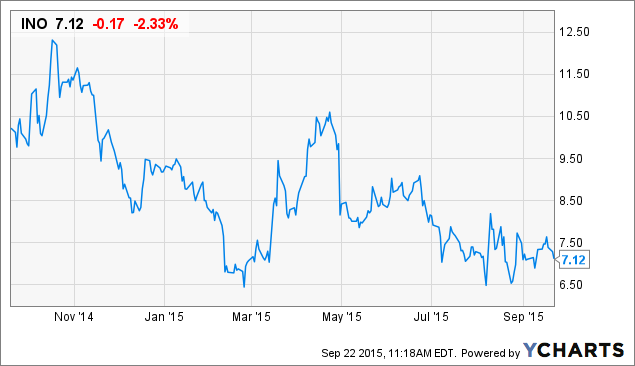