Maxim’s healthcare analyst Jason McCarthy weighed in today with an optimistic view on bluebird bio Inc  (NASDAQ:BLUE), after spending an evening with bluebird management and clients, discussing everything from the ongoing LentiGlobin trials in beta-thalassemia and sickle cell disease to the pricing debate and expansion to oncology.

McCarthy wrote, “While the BTK index has seen “a correction”, bluebird management is not concerned. With a billion in cash, including the strategic takedown of $500M at the market peak in June, bluebird is funded through LentiGlobin (SCD and beta-thalassemia) and Lenti-D (adrenoleukodystrophy) approvals in the U.S. and Europe, as well as expansion into several oncology programs. Today though the focus for investors remains on gene therapy in SCD, after all its the N=1 story where one cured patient sent valuation soaring. However, the slow enrollment of patients relative to the beta thalassemia trial has raised concerns.”

The analyst concluded, “Gene therapy has arrived and the next evolution of CAR-T beyond CD19 is on the horizon with partners Celgene and Kite, stay tuned.”

McCarthy rates bluebird bio Inc shares a Buy, with a price target of $190, which implies an upside of 92% from current levels.

All the 9 analysts polled by TipRanks rate bluebird bio stock a Buy. With a return potential of 103%, the stock’s consensus target price stands at $201.29. 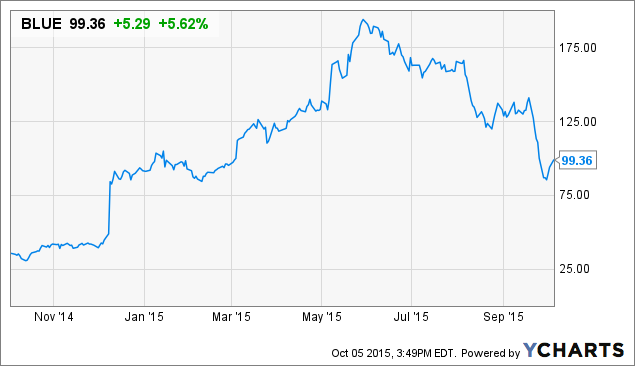