In a research report issued today, Maxim analyst Jason Kolbert reiterated a Buy rating on shares of AEterna Zentaris Inc. (USA) (NASDAQ:AEZS) with a $2 price target, after the company announced that its lead oncology compound, zoptarelin doxorubicin met the primary end-point of an investigator-driven and sponsored Phase 2 clinical trial in Castration and taxane Resistant Prostate Cancer. The results were presented this morning at the European Cancer Congress in Vienna, Austria.

Kolbert noted, “We see compelling value ahead in this company across multiple programs. Success with the pivotal program is not being factored into the current valuation by Wall Street, in our opinion, nor is the return of Macrilen. In fact we see Macrilen as representing a paradigm shift in the adult growth hormone deficiency (AGHD) marketplace. The current test, insulin tolerance is long and burdensome compared to Macrilen. As such Macrilen could expand the market.”

Out of the 3 analysts polled by TipRanks, 2 rate Aeterna Zentaris stock a Buy, while 1 rates the stock a Hold. With a return potential of 1022.1%, the stock’s consensus target price stands at $1.13. 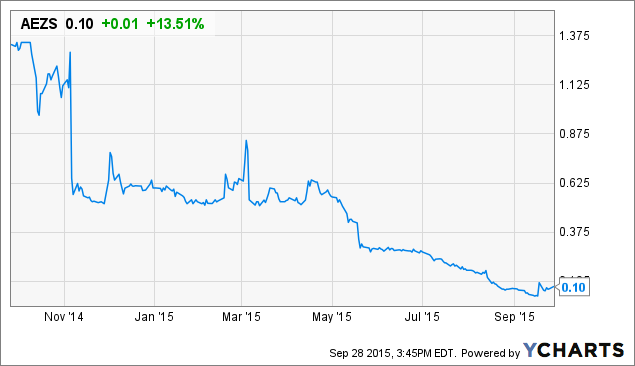