Maxim Group analyst Jason Kolbert today joined the crowd, reiterating a Buy rating on Neostem (NASDAQ:NBS) with a price target of $15, following results from a trial of the company’s proprietary cardiac stem-cell therapy NBS10. While the Street is almost universally bearish about the results, Kolbert remains positive.

Kolbert wrote, “We highlighted scenarios as we assumed coverage of Neostem in front of what we knew is a binary event. We believe that the totality of the data presented supports a modest pivotal program N=400-500, two arms with mortality and MACE as endpoints. We believe that the data set qualifies as “Good” in our scenario analysis. While some Bears may focus on the miss around the perfusion score we believe that is irrelevant when we consider mortality.”

The analyst concluded, “We believe that the trial results suggest that If Neostem runs a pivotal trial, (400-500 patients) with two arms, active and control, at high dose (20M-80M cells) and has mortality and MACE as endpoints, that the trial has a high probability of success.” 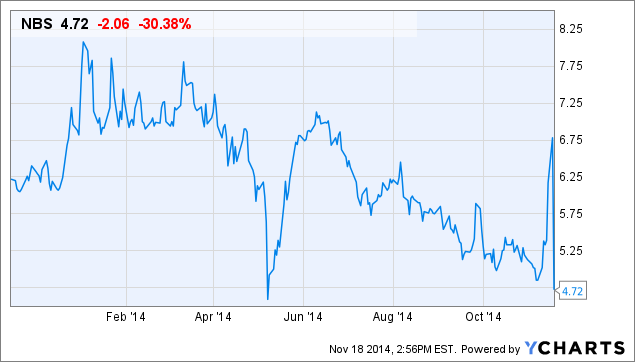