In a research report published Monday, Maxim analyst Jason Kolbert reiterated a Buy rating on shares of Cytori Therapeutics Inc (NASDAQ:CYTX), with a $5.00 price target, after the cell therapy company announced that a case report has been published in the journal Health Physics, demonstrating the potential of Cytori Cell Therapy to heal severe radiation burns.

Kolbert noted, “The published case report in radiation burns, in our view, further validates Cytori Cell Therapy. Our focus for Cytori though remains on scleroderma, with the pivotal phase III STAR trial underway and data expected by YE17, however, we note multiple clinical catalysts ahead.”

“Recall that the contract with BARDA, worth up to $106M in non-dilutive funding, is for development of Cytori Cell Therapy for burns, including both radiation and thermal burns. Prior to this case report, Cytori researchers had demonstrated that the same cell therapy accelerated healing of cutaneous burns in animals exposed to sub-lethal full-body irradiation (IDE filing expected 2H16),” the analyst added.

As of this writing, the 2 analysts polled by TipRanks rate Cytori stock a Buy. With a return potential of 276%, the stock’s consensus target price stands at $8.00. 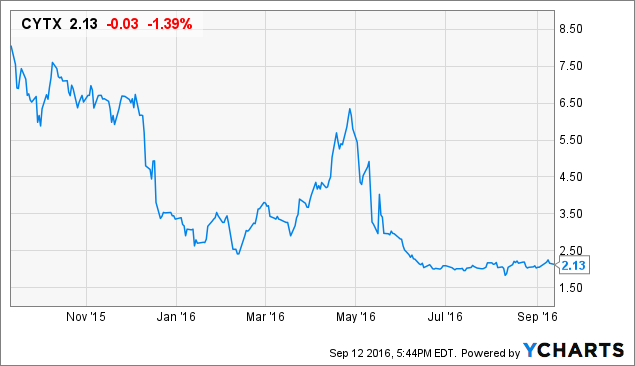