In a research report issued today, Maxim analyst Jason Kolbert reiterated a Buy rating on StemCells Inc (NASDAQ:STEM) with a $5.00 price target, after the company announced that the first patient in the Dry-AMD phase II study has been dosed using the company’s human neuronal stem cells (HuCNS-SC). Shares of StemCells closed today at $0.508, up $0.003 or 0.59%

Kolbert wrote, “First patient dosed is a milestone for the company and builds on data from the phase I/II study presented in June that was suggestive of an efficacy signal with zero safety issues. The latter cannot be over emphasized as we have seen other companies like Avalanche have unwanted side effects like thickening of the retina.”

The analyst continued, “STEM continues to make progress with the neuronal stem cell platform. In addition to Dry-AMD, the ongoing phase II “PATHWAY” study in cervical spinal cord injury could produce data later this year. We continue to believe that with capital raised and multiple data-drive catalysts that 2015 is a year of inflection for STEM.”

All the 4 analysts polled by TipRanks rate StemCells Inc stock a Buy. With a return potential of 424.9%, the stock’s consensus target price stands at $2.67. 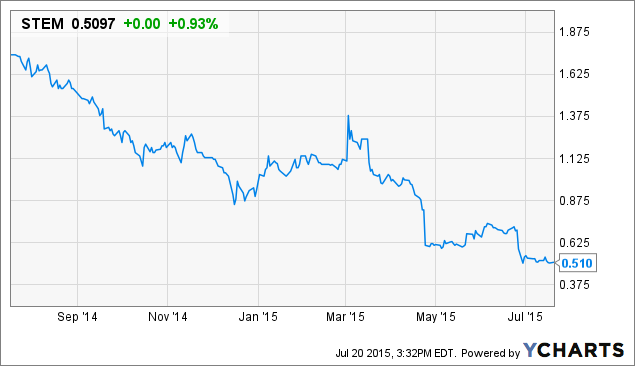