Mccarthy noted, “Kite reiterated, and we agree, that patients with refractory disease in the trial are extremely ill, not responding to other therapies and facing death. Thus, it is not surprising that a patient has passed on during the trial.” The analyst continued, “Our thesis remains unchanged. We believe Kite remains on track to deliver CAR-T data later in 2015. Plus, we continue to see a TCR-heavy pipeline that is under valued and the driver of a valuation gap between Kite and its nearest competitor, Juno.”

All the 5 analysts polled by TipRanks rate Kite Pharma Inc stock a Buy. With a return potential of 41.8%, the stock’s consensus target price stands at $84. 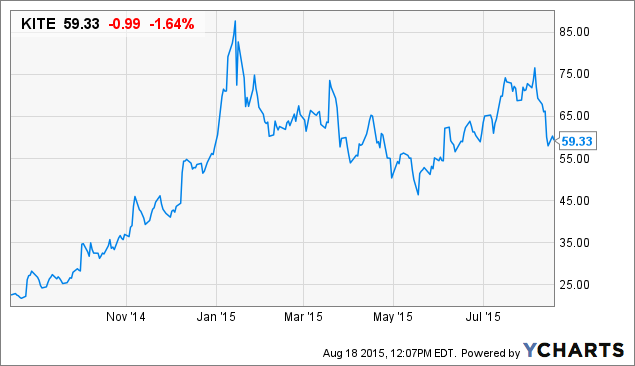