Maxim analyst Jason Kolbert came out today with a favorable report on Inovio Pharmaceuticals Inc (NASDAQ:INO), after the company announced that it will collaborate with the European Organization for Research and Treatment of Cancer to evaluate INO-3112 in a large phase II study in women with advanced-stage cervical cancer. The analyst rates Inovio Pharmaceuticals stock a Buy with a price target of $20, which represents a potential upside of nearly 177% from Thursday’s closing price of $7.23.

“Inovio is continuing to make progress in multiple indications spanning oncology and infectious disease. We also expect more big pharma parters to be attracted to the platform, particulalry for combination therapies. Milestones are coming and that could drive valuation inflection.”, the analyst concluded.

All the 4 analysts polled by TipRanks rate Inovio Pharmaceuticals stock a Buy. With a return potential of 162.8%, the stock’s consensus target price stands at $19. 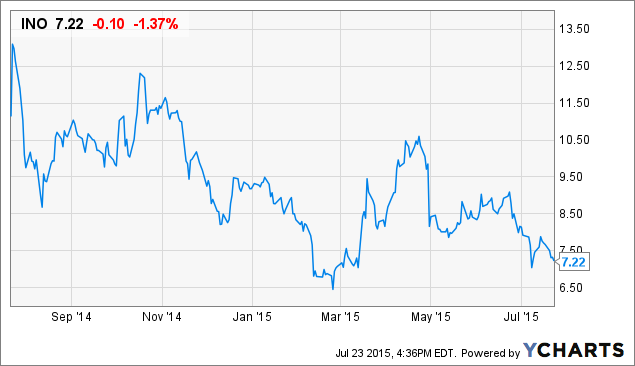