In a research report issued today, Maxim Group analyst Jason Kolbert reiterated a Buy rating on AEterna Zentaris Inc. (USA) (NASDAQ:AEZS), with a $2.00 price target , after the company announced its plans to initiate a Phase 3 study of Macrilen in AGHD. Shares of AEterna closed today at $0.54, up $0.02 or 4.54%.

Kolbert noted, “We see this as a positive for the company. The endocrinology community believes Macrilen is efficacious and worth pursuing further, and the FDA has granted another phase III study.” Furthermore, “The Macrilen CRL caused the share price to drop significantly in 2014. With a new Macrilen trial coming and several near-term catalysts, we believe the valuation today offers an opportunity for investors.” 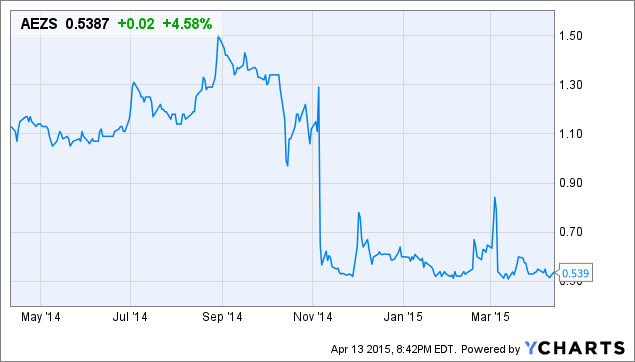