Maxim Group analyst Jason Kolbert came out with an update on Brainstorm Cell Therapeutics (NASDAQ:BCLI), as the company announced that it received a Notice of Allowance from Israel’s Patent Office for its patent application titled “Isolated Population of Cells, Methods of Generating Same, and Uses Thereof in the Treatment of CNS Diseases.”

The analyst rates the stock a Buy with a price target of $14.00, which represents a potential upside of 259% from where the stock is currently trading.

Kolbert observed, “We view IP as critical since, without it, licensing and or partnering is virtually impossible.” He continued, “The ALS trial is underway. According to the company’s last announcement, seventeen patients have been enrolled (probably more by now) in the 48- patient, U.S.-based phase II study in ALS. Enrollment should be complete by 3Q15, with the final study visit six months later.” 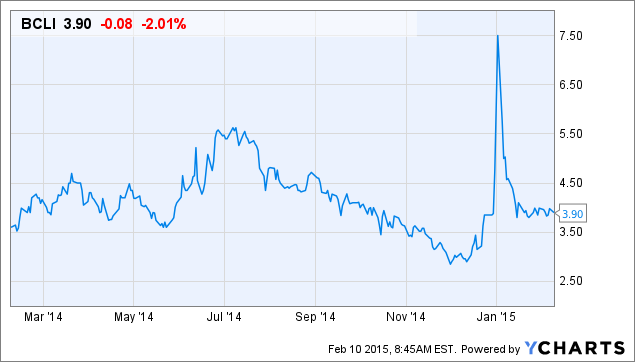