In a research note released August 11, Maxim Group analyst Jason Kolbert reaffirmed a Buy rating on Inovio Pharmaceuticals (INO) with an $18 price target, following the company’s second-quarter results. Inovio reported a $10.7M loss or $0.18 per share in the quarter and closed the period with $109M in cash.

Kolbert noted, “Just a few weeks ago, Inovio presented top-line data showing VGX-3100’s efficacy in women with cervical dysplasia and today management discussed how they plan to move the vaccine forward to a pivotal phase III trial. Final data is being reviewed for presentation to the FDA as part of the end of phase II meeting and also for submission for peer-reviewed publication, both in early 2015. Inovio is planning a pivotal phase III initiation in early 2016 though this date is conservative and could move up depending on the FDA meeting. Management stated that the company is controlling the timeline. Given the results from the phase II trial we expect the primary endpoint of 36 weeks to be applied in the phase III trial, which we believe could potentiate a quick turnaround and drive a valuation inflection point.”

The analyst continued, “As part of Management’s discussion regarding plans for moving forward with the FDA and a phase III study, management estimated that a pivotal program should cost ~$100M. Our R&D assumptions have been revised but the changes to our model and impact is small as we had assumed an increasing R&D spend.” 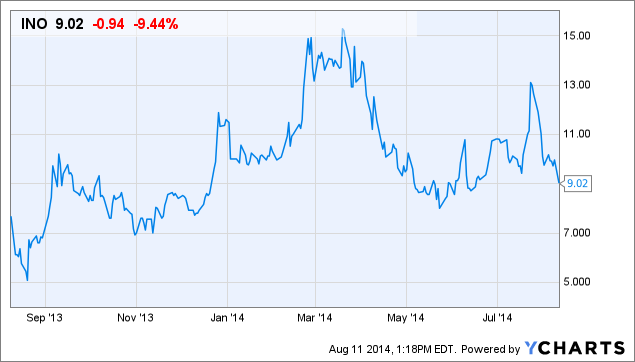