In a research report released today, Maxim analyst Jason McCarthy reiterated a Buy rating on shares of Inovio Pharmaceuticals Inc (NASDAQ:INO) and raised the price target to $23 (from $21), after the company announced that the first patient has been dosed in a phase I trial to evaluate safety and tolerability of PENNVAX(R)-GP, Inovio’s “universal” DNA vaccine for HIV.

McCarthy noted, “This is positive news that is not yet factored into our model due to the early stage of development, but we believe it shows continued expansion of Inovio’s DNA-based immunotherapy pipeline.”

“We are publishing our new model, which reflects the upfront payment, milestones, and royalty structure of the recently announced partnership with MedImmune for INO-3112 (HPV-driven cancer). Our model also has been extended to 2025 and uses a reduced discount rate of 15% (from 30%) due to the positive phase II data from VGX-3100 for cervical dysplasia, which increases the probability of success in the upcoming phase III study (early 2016). We also apply risk adjustments of 75% for VGX-3100 and 90% for other pipeline assets in our therapeutic models,” the analyst added.

All the 6 analysts polled by TipRanks rate Inovio Pharmaceuticals stock a Buy. With a return potential of 163%, the stock’s consensus target price stands at $18.75. 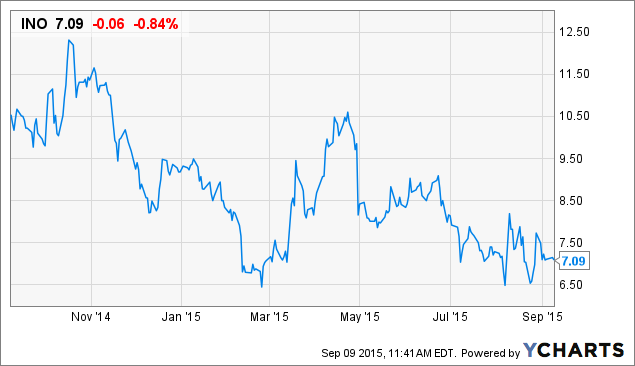