In a research report issued today, Maxim Group analyst Jason Kolbert maintained a Buy rating on Cytori Therapeutics (NASDAQ:CYTX) and raised his price target to $6 (from $4), which represents a potential upside of 1158% from where the stock is currently trading.

The report follows the news that the FDA has granted conditional approval for an Investigational Device Exemption (IDE) for a pivotal clinical trial to evaluate the company’s Cell Therapy™ as a potential treatment for impaired hand function in scleroderma.

Kolbert wrote, “We believe that Cytori now has an accelerated pathway to ADRC approval for Scleroderma and combined with the expected release of a next generation Celution System in early 2015, is poised for a valuation inflection. We have remodeled the Scleroderma space for a 2017 launch and thus are increasing our target price to $6.00, from $4.00.” 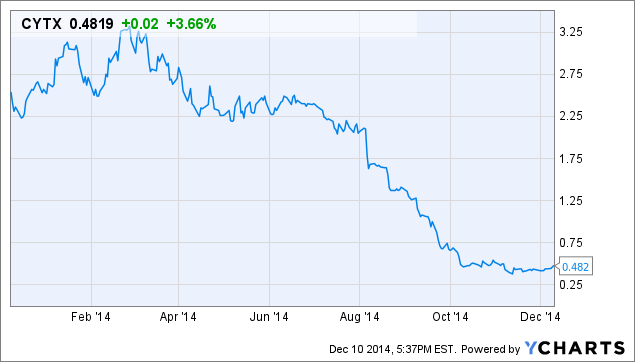