Mccarthy noted, “The excitement around bluebird has been focused on gene therapy, most notably LentiGlobin, in beta-thalassemia and sickle cell disease, which has sent bluebird’s valuation soaring in recent weeks. But don’t forget about CART, which is coming soon with Celgene and now Five Prime Therapeutics. This could push valuation even higher.”

“A broad selection of human antibodies from Five Prime could give bluebird an edge in CAR-T, particularly when it comes to solid tumors and multi-dosing. bluebird is expected to have CAR-T candidates in collaboration with Celgene enter the clinic in early 2016. Until now, the focus has been bluebird’s gene therapy, but as 2016 approaches, we need to start thinking about CAR-T, too.”, the analyst added.

According to TipRanks.com, the 12-month consensus target price on the stock is $191.50, showing a return potential of 1.27% based on the current stock trading price. Out of 7 analysts who cover bluebird stock, 7 gave it a Buy rating. 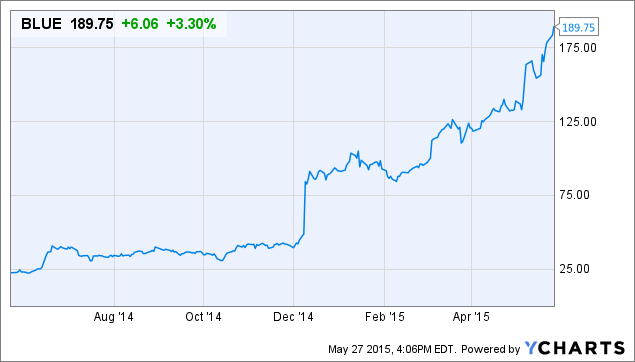