Kolbert noted, “Gil Van Bokkelen PhD, CEO again reviewed the data, but highlighted that the comparison of stroke size, location and deficit were in fact balanced between the sub-group comparisons (24-36 hour groups). This was a key finding as the skeptics has claimed that Athersys selected favorable data in the post hoc-analysis. Not true!”

“Those patients who received both TPA and were mechanically re-perfused recovered much better when they received saline injections (placebo). That makes no sense and suggests an anomaly in the data. When this group is excluded the data becomes normalized.”, the analyst added.

Bottom line: “We see a strong signal at 24-36 hour window. We expect to see Athersys announce plans to move forward in a PIIb /III global trial in the US, EU, and Japan.” 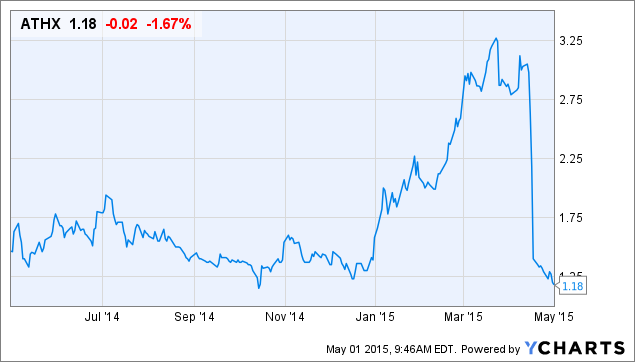