In a research note issued today, Maxim Group analyst Jason Kolbert maintained a Buy rating on Tekmira Pharmaceuticals (TKMR) with a $23 price target, following a report that created a buzz around Ebola drug maker’s stocks. Tekmira was one of a few companies to have developed Ebola treatments advanced enough to be tested on people. In July, the U.S. FDA placed a hold on a clinical trial for a Tekmira drug in development due to safety concerns.

Kolbert commented: “Tekmira’s Ebola program has shown 100% efficacy in animal models. While efforts are underway to finalize a dosing and clear a related FDA hold (see our previous note), we believe the exceptional circumstances may result in regulators expediting the TKM-Ebola project”. He continued, “Since Ebola is highly infectious with a short incubation period of few days and has a high mortality rate, we believe that TKM-Ebola should qualify to progress through the Animal Rule pathway, similar to products approved through this pathway for the bubonic plague and anthrax”. 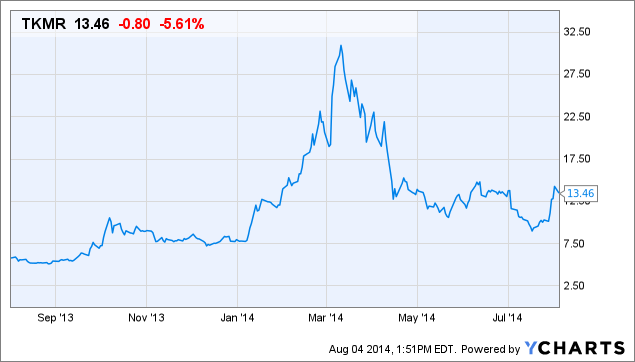