Maxim Group analyst Jason Kolbert maintained a Buy rating on Tekmira Pharma (NASDAQ:TKMR) with a $31 price target, which represents a potential upside of 85% from where the stock is currently trading. The report follows the company third-quarter results, posting $4M in revenues, $11M in expenses, and $120M in cash on the balance sheet.

Kolbert noted, “DoD has exercised a $7M option to manufacture TKM-EBOLA-Guinea and the supply of the product (500 doses), which should be available in December 2014. Several Ebola-infected patients (primarily in the US) have been treated as part of emergency use granted by the FDA, though success or failure was not disclosed, and any success would not constitute a clinical trial. We expect TKM-EBOLA to be in clinical trials in 2015. 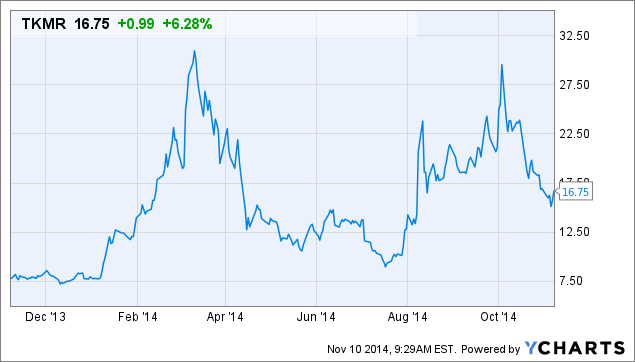