Kolbert noted, “Despite Synthetic Biologics’ recent data (relapse rates show a p-value of 0.1527) in a PII study, we feel investors are not giving credit to the company, as the PII trial was never intended (nor powered) to produce a statistically significant result. We believe that if one examines the totality of the data, we see an approval drug that has the potential to impact, not only the symptoms of MS, but the disease progression (brain lesions and cognition). We expect to see additional data (positive) at the ACTRIMS-ECTRIMS meeting in Boston on September 12, 2014.” 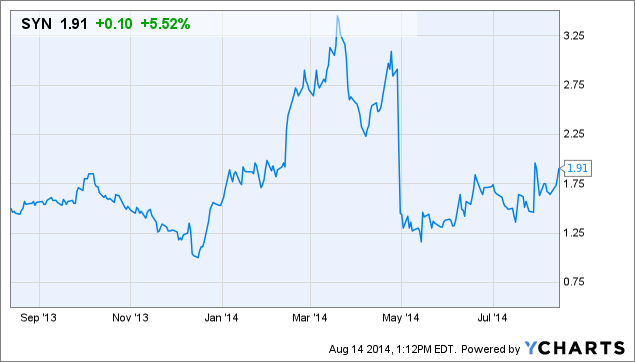