In a research report published today, Maxim Group analyst Jason Kolbert maintained a Buy rating on Medivation (MDVN) with a $112 price target. The report follows Medivation’s partner Astellas (ALPMY) second quarter results that included US Xtandi sales of approximately $148 million, which was in line with Kolbert’s estimate. At $80M, ex-U.S. net sales were a bit below his expectations but in line with the Street.

Kolbert noted, “We continue to view 2014 as a building year, with investment into commercial infrastructure and targeted R&D in the trial work designed to extend Xtandi. Looking beyond Xtandi, we believe Medivation is ideally positioned to make an acquisition and leverage its franchise”. The analyst added, “We believe that Xtandi should grow in prostate cancer and that it has also potential beyond PC in indications such as breast cancer. Plus, Medivation is now in a strong position to make clinical product acquisitions that can leverage its R&D and commercial machinery”. 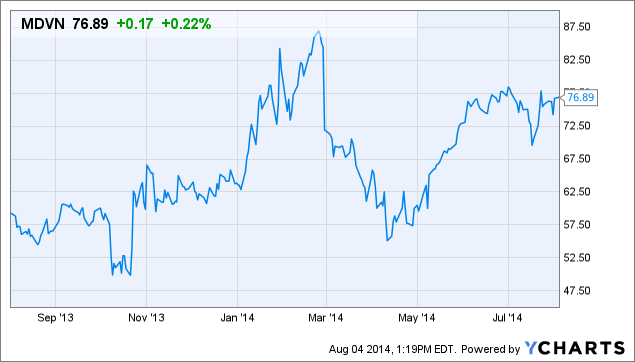