In a research report published this morning, Maxim Group analyst Jason Kolbert maintained a Buy rating on Galena Biopharma (NASDAQ:GALE) with a price target of $7, following the company’s third-quarter results, posting revenues of $1.6 million, down sequentially from $2.3 million in 2Q14.

Kolbert noted, “Abstral sales of $1.6 million were affected by an imbalance between orders and end-user demand, resulting in a decline in inventory levels. Sales are expected to more closely reflect prescription volume in the coming quarters. Management guided Abstral sales to rise by 50% with 2015 total revenues projected for $15 to $18 million.” The analyst added, The “PRESENT” phase III trial for NeuVax continues to enroll (and actually over-enroll) patients, with completion on track for January 2015. Endpoints in the trial are based on tumor recurrence, with an interim data analysis expected in 2H15. Preventing the recurrence of breast cancer represents an unmet medical need and a blockbuster opportunity.” 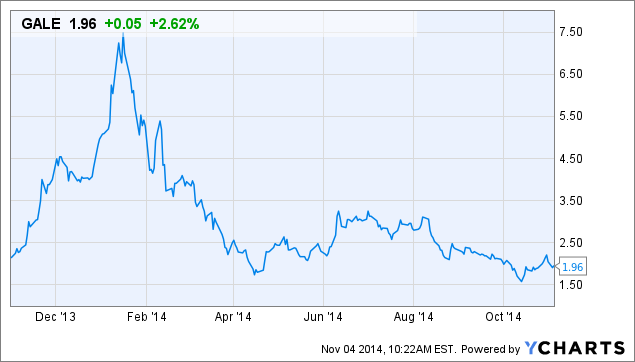